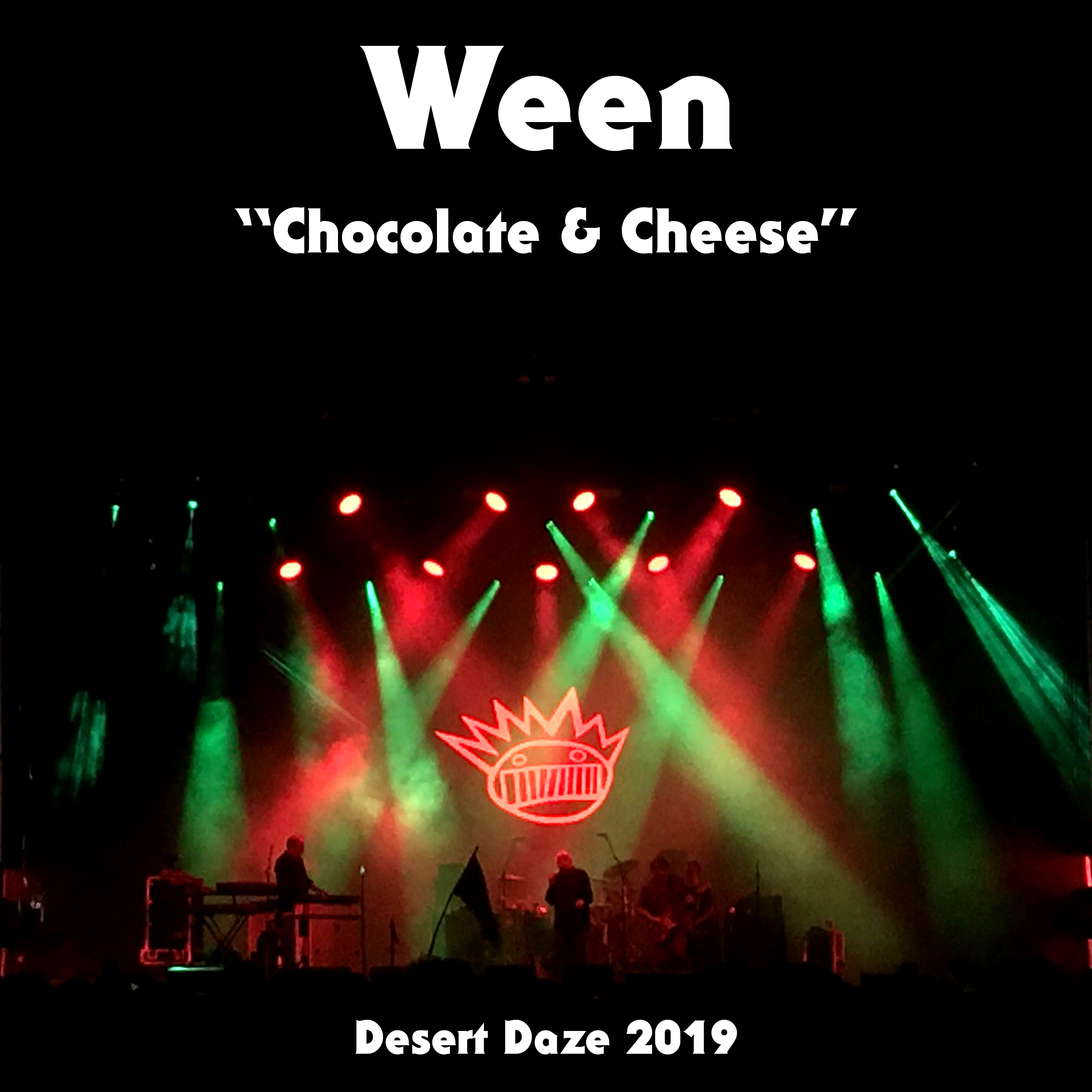 I have to admit, of all the headliners, I went into Ween with practically no expectations. I had never really listened to them (outside a song or two), so I knew very little about them honestly. I had never even listened to their "Chocolate & Cheese" album in its entirety in my life (just a few of the hit songs like "Baby Bitch" and "The HIV Song" of course). But there wasn't much else going on in the park at this time, so I figured what the hell, I'll just stay at the main stage and record Ween. Stacie and friends were gonna stick around too, though they weren't sure if they were going to stay for the entire two hour set (neither was I honestly).
Well, fast forward 2 hours (after the band took the stage) and I can assure you that I (and Stacie at the very least) were blown away. Ween put on such an amazing and fun performance (it was pretty obvious that the band was really enjoying themselves on stage). Halfway into the set, I think any thought of maybe leaving our spot and finding a place to lay down and rest before the rest of the night, disappeared and vanished into the desert night. I guess I shouldn't be surprised, as I've always heard Ween put on great shows, and their devoted fanbase, which was everywhere that day (I swear, I saw more Ween t-shirts this day at Desert Daze, than you would see Tool shirts at some music and metaphysics gathering), should have pointed me right to that thought.
Highlights here definitely include "Baby Bitch" and "Bueneas Tardes Amigo", which believe it or not, had the entire crowd waving lighters (yes, remember those!) in the air. That was the first time I had seen a crowd do that, with actual lighters, and not their fucking phone screens/lights, in ages. It was quite the site to see, and the one lasting image of that set that will never leave me.
I think the recording came out quite nice too, outside of a few nearby talkers here and where. Why people must talk and chatter while a band is on stage playing? I'll never know...

Uploaded by feedmenik on December 7, 2019